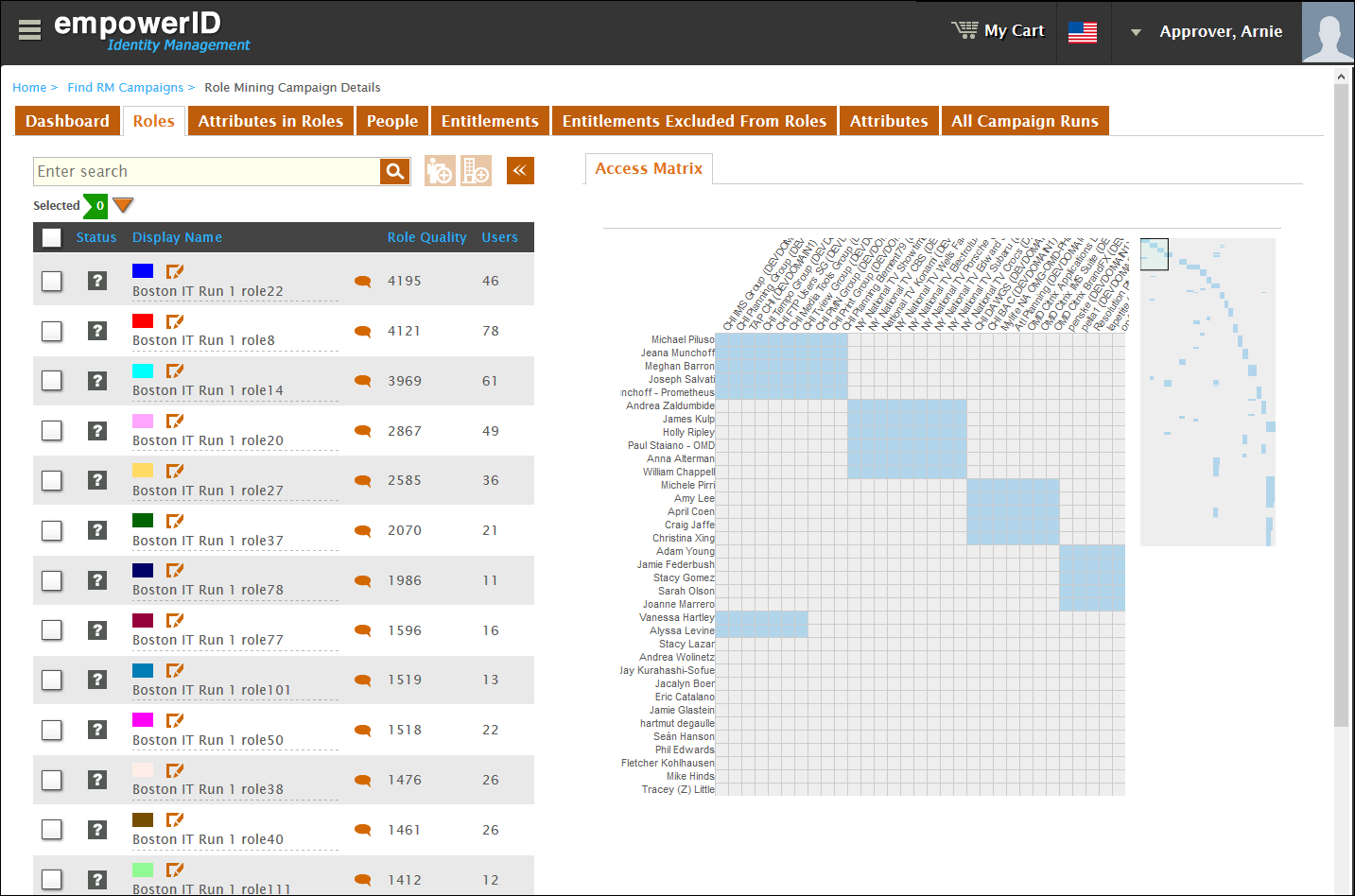 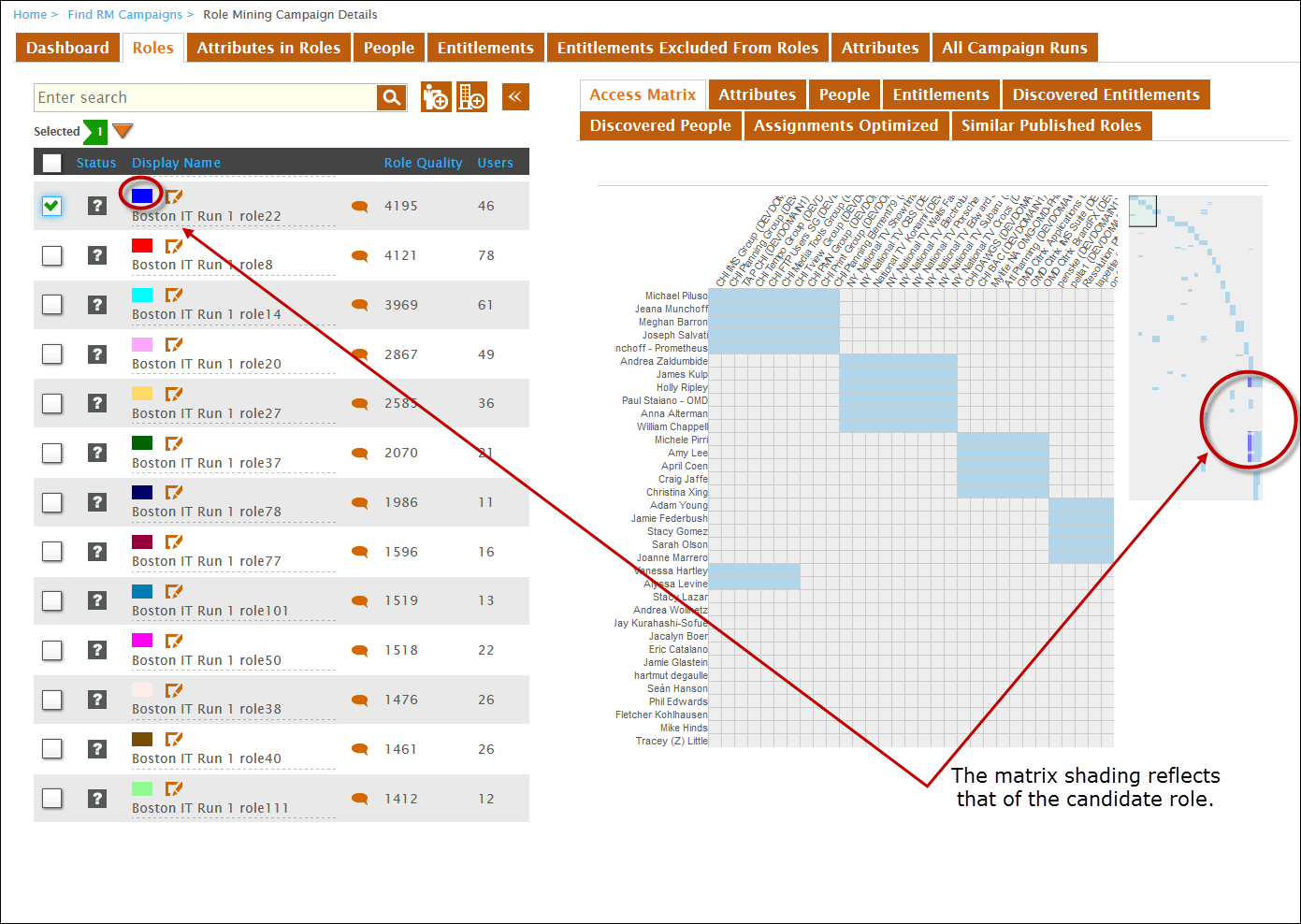 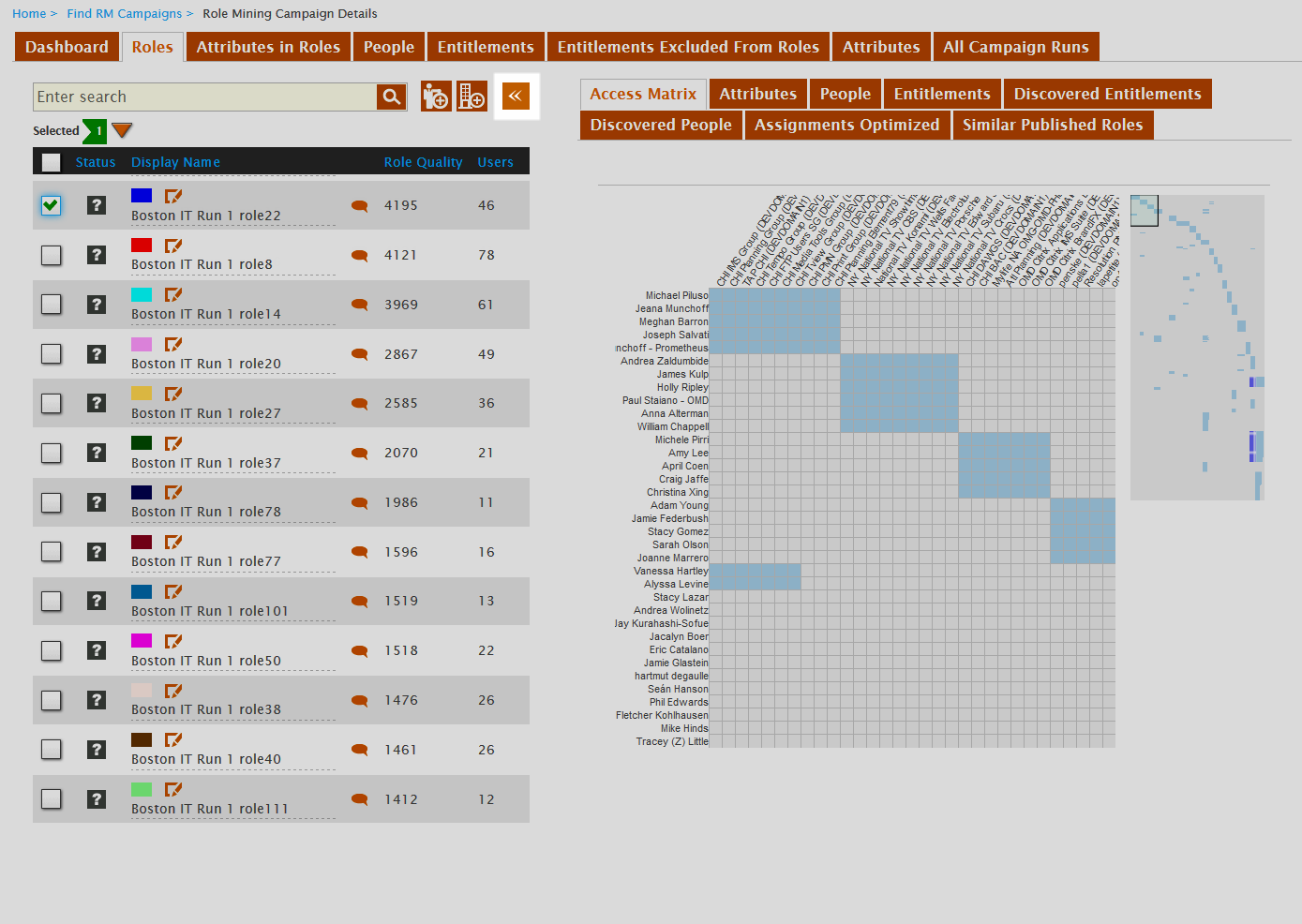 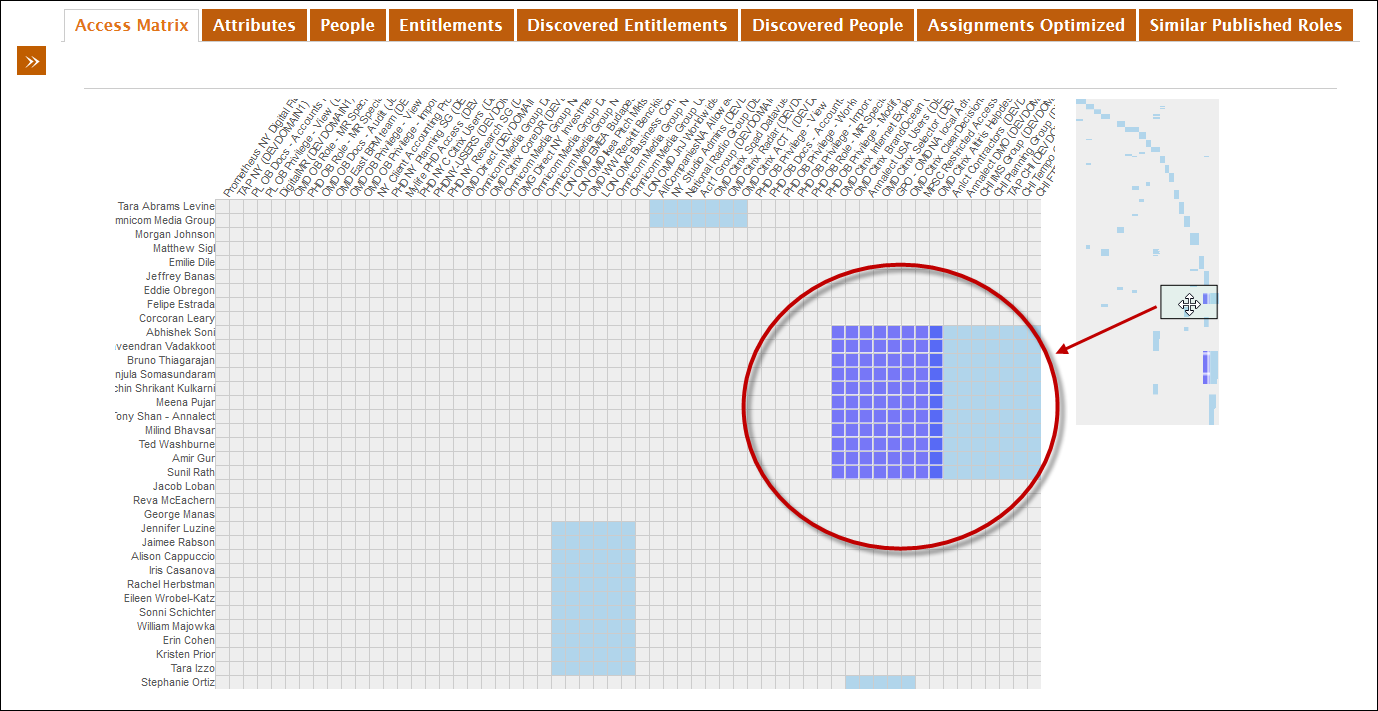 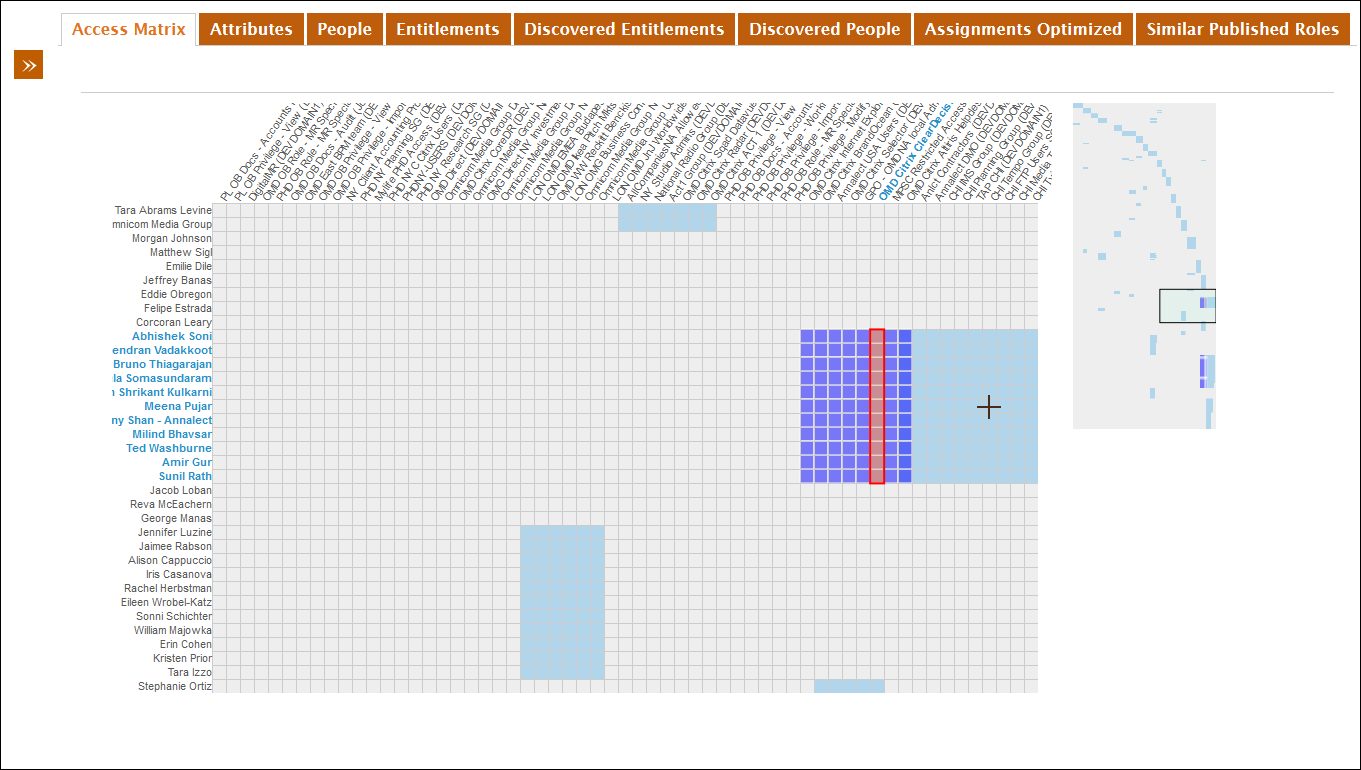 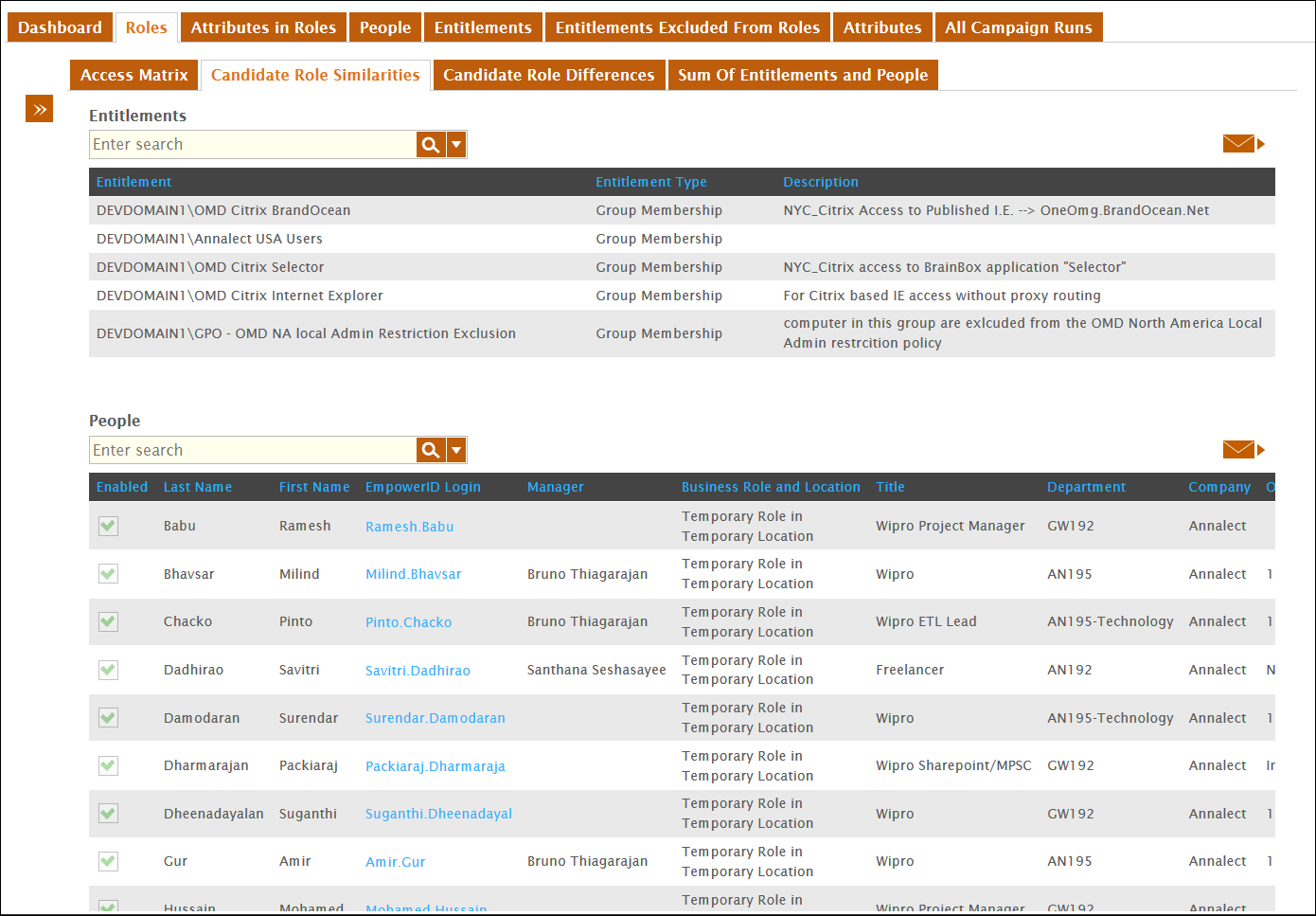 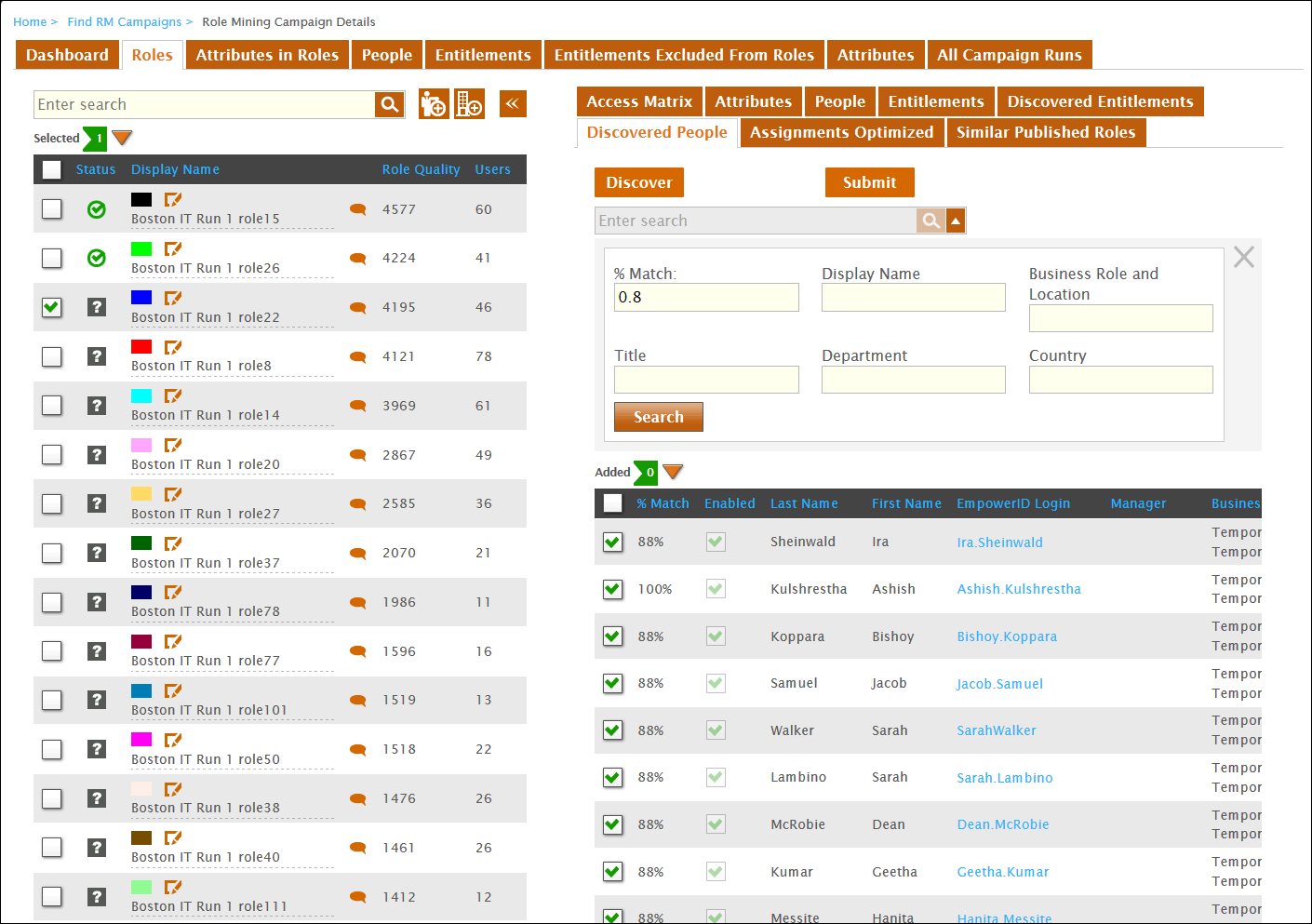 Discover looks at all people in the EmpowerID Identity Warehouse, while discover on the Entitlements tab looks at all group memberships.