Once you have created and configured a campaign with the appropriate parameters, you must compile it. Compilation is the process by which the entitlements and attribute values for the people in the dataset are captured and saved to the EmpowerID Identity Warehouse. This captured data becomes the basis for creating candidate roles.

In order to compile an campaign, you must be the campaign owner.

In the following image, the Navigation Sidebar has been collapsed to conserve screen real estate. 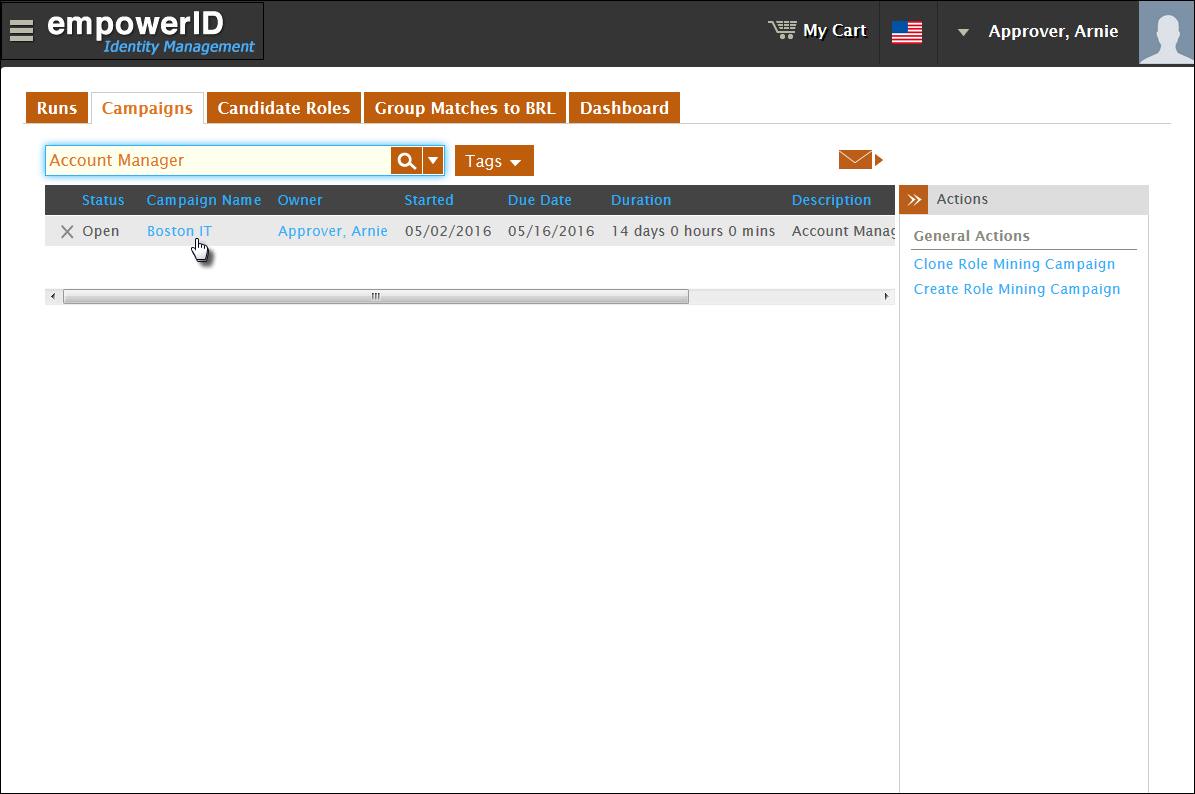 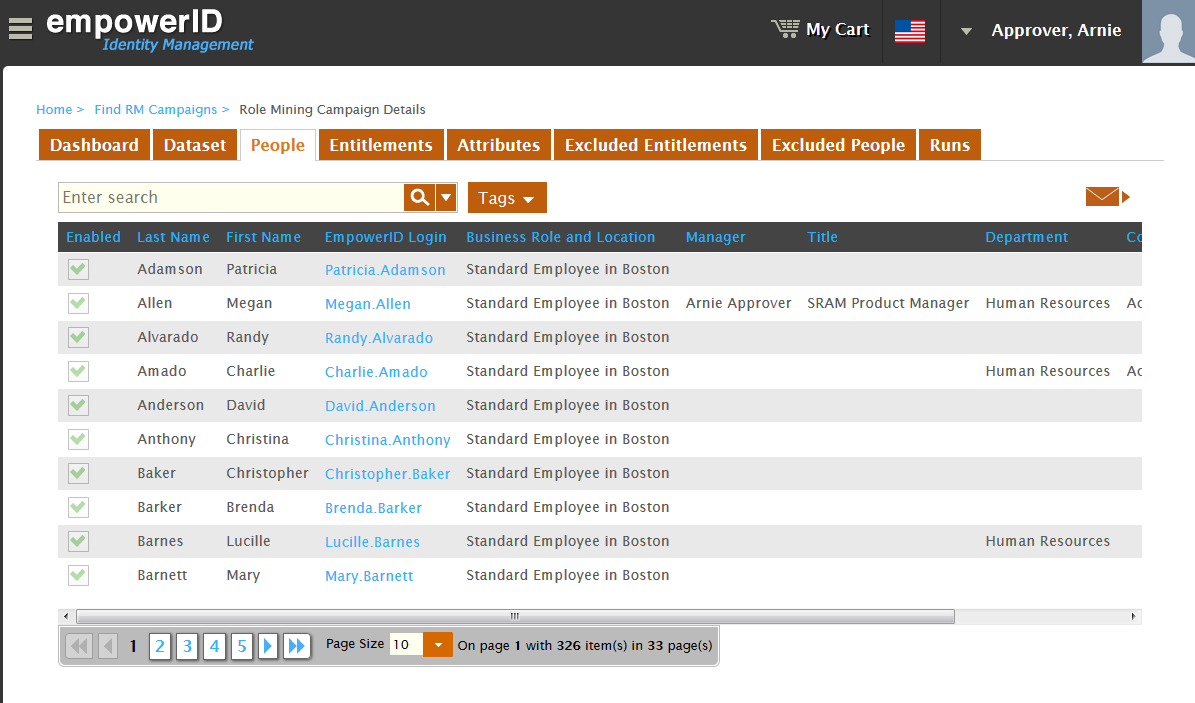 Once you have completed the compilation of the campaign, the next step is to create a run for it.