Visibility Restriction policies are policies that you can create to limit the ability of people to view resources in EmpowerID. These policies are similar to RBAC delegations in that you can assign them to any EmpowerID Actor, such as a Management Role, group, Query-Based Collection (SetGroup), and so forth. Once the policy has been assigned to an actor, any person belonging to that actor (such as being in a Management Role with the policy) receives the policy. For example, if your organization uses the services of contractors, you could create a Visibility Restriction policy that allows contractors to see only other contractors within the organization, and apply that policy to a group or Management Role designated for Contractors. Then, when a contractor who belongs to that group or role logs in, that contractor will only be able to see other contractors.

Visibility Filter policies are SQL statements written against the EmpowerID Identity Warehouse that give you power and flexibility in determining which users can view what objects—even allowing you to specify the visibility of individual attributes—without needing to be concerned with the complexities of location-based delegations. Visibility Filter policies can be assigned to any EmpowerID Actor type, such as a Management Role, Business Role and Location, group, or Set Group as well as to individual accounts and people. 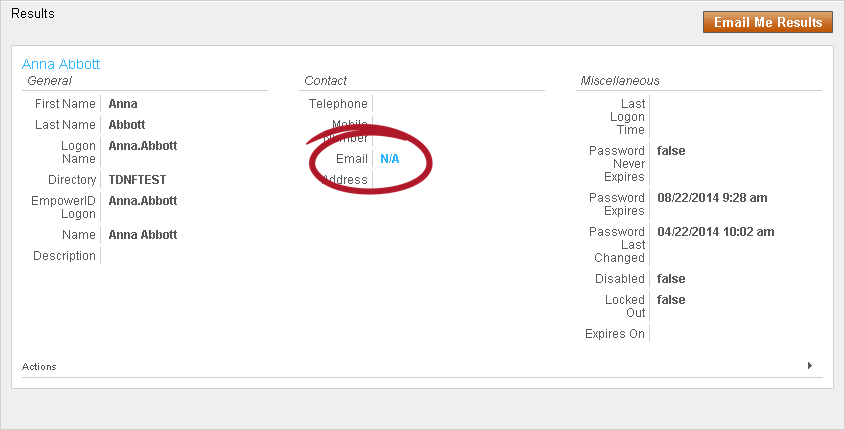 The following code snippet shows the how the substitution for the Email is written in the filter.

EmpowerID includes the following Column Filter Policies that you can use out of the box:


EmpowerID includes the following Data Filter Policies that you can use out of the box:

When assigning multiple Visibility Filter policies like these to users, EmpowerID uses the following rules to determine filter precedence:

If several filters use the same priority for the same object and mode, and could potentially be applied to a person, they should not have conflicting SQL variables (variables with the same name declared in the Pre-Query; otherwise a SQL exception will occur for that query.)
For step-by-step guidance on applying Visibility Filters to users, see the following topics: