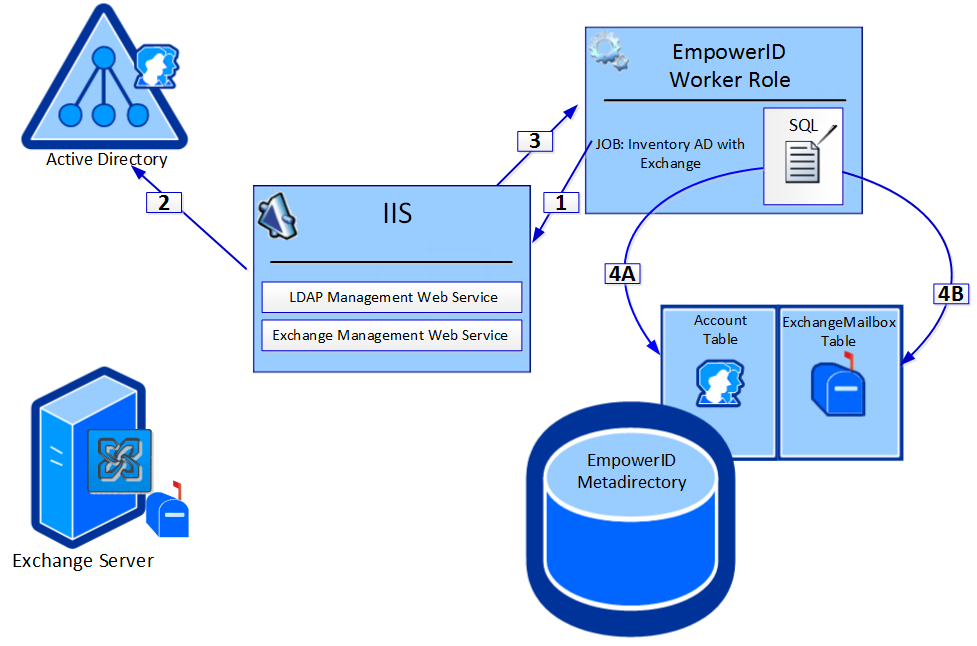 While the above process holds true for all resource objects, user accounts receive more treatment than other types of inventoried objects because of their relationship to EmpowerID Persons, user identities, and system resources. As has been mentioned in the Understanding EmpowerID RBAC topic, EmpowerID Person objects are objects in the EmpowerID Identity Warehouse that link together the user accounts, the permissions assignments, the audit history, and the management policies associated with users in whatever directories their user accounts may be located. Thus when EmpowerID inventories a resource system with user accounts, it evaluates those accounts using certain "Join" and "Provision" filters to determine whether they are owned by users, and based on that evaluation it does one of the following three things:

From a high level, this can be represented by the following image. 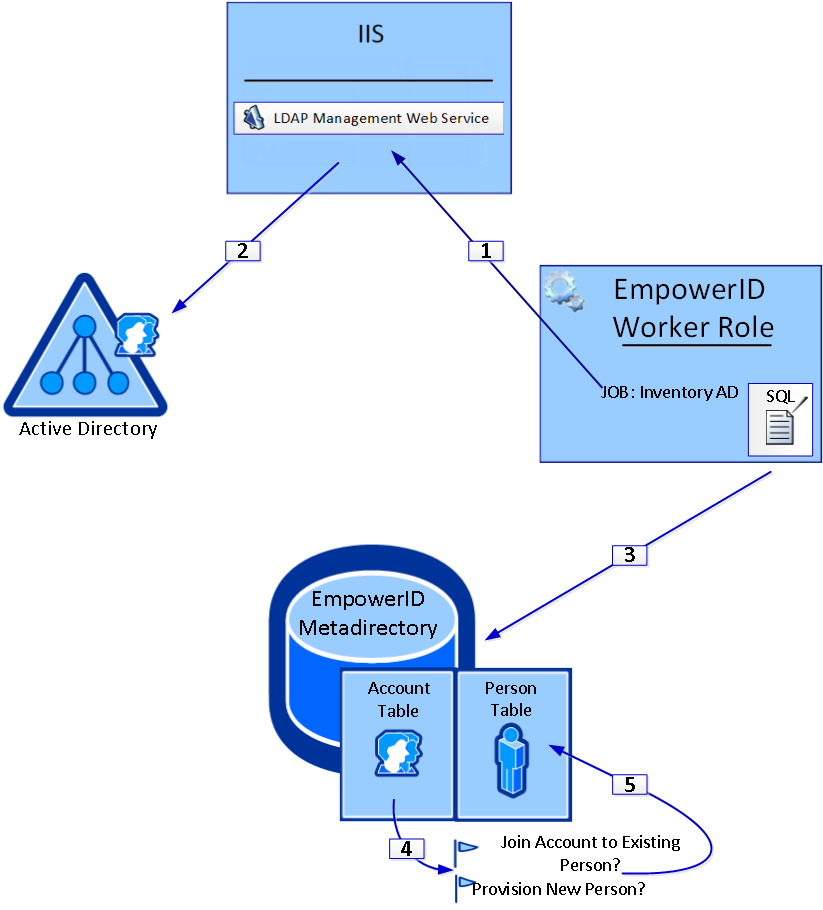