Rights are native permissions used by the application or operating system to manage security for the resource type in question. Granting these rights enables capabilities for users in that system, apart from EmpowerID. Being granted rights does not grant the user any abilities within EmpowerID nor does it make the user a potential approver for any operations. EmpowerID provides the ability to inventory these rights and their assignments to users as well as the capability to assign or push these rights into and remove them from native systems through the enforcement process. 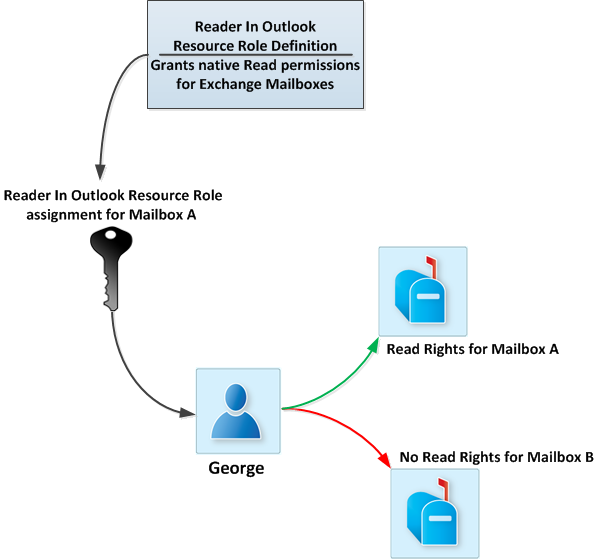 RBAC delegations are achieved in EmpowerID through the assignment of Access Levels. Access Levels can be assigned directly to one of the Actor types or to Management Role Definitions and their child Management Roles, to which Actors are then assigned.

When designing a delegation model, it is important to consider the projection and enforcement process that EmpowerID uses to manage the security of your resources. These delegations can be done by selecting people, accounts, groups, Business Roles and Locations or SetGroups and granting them access directly, by location or via a Management Role. The access type chosen in the delegation will impact the number of domain local groups created later for the Access Levels that get enforced. Here are few things to consider when deciding your course of action:

In the following image, Bethany has two Access Levels: One with the AddPersonToViewer operation allowed for an Absence Report and one with the AddPersonToViewer operation allowed for Jacques. These Access Levels allow Bethany to assign the Viewer Access Level for the Absence Report to Jacques, and both are needed for Bethany to complete the assignment. If one or the other is missing, Bethany will not be able to complete the assignment and the delegation she is attempting will route to another person with the ability to approve the assignment. (Approvers are designated people in EmpowerID who have Access Levels with the necessary operations to allow them to perform delegations for others lacking those operations.) 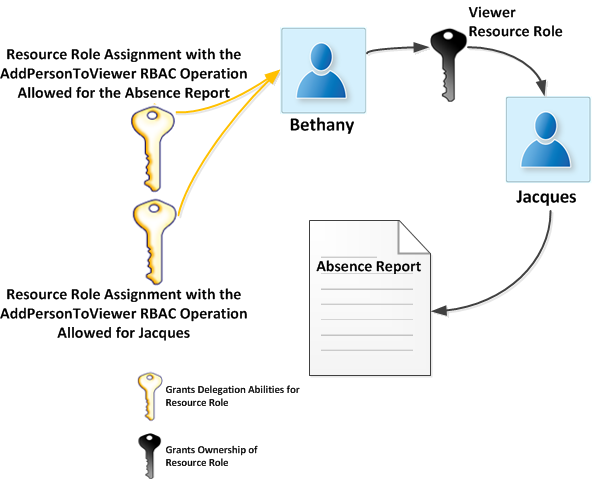 Assigning Access Levels to users in this way allows you to be very granular when distributing Access Level management capabilities to other users, if desired. Notice that Bethany has two Access Level assignments, each with only one RBAC Operation allowed, the AddPersonToViewer operation, that is scoped to only one report and one person. This limits what Bethany can do. She cannot grant the Viewer Access Level for the Absence Report to any other users, nor can she grant Jacques any other abilities for the report (such as editing it). Bethany also cannot remove Jacques from the Viewer Access Level because that operation is not allowed in the Access Levels she has. If it is decided at some point that Jacques should no longer be able to view the report, Bethany will need to be granted the RemovePersonFromViewer operation for both objects before she can remove him. If these operations are not granted to her, then another user with the appropriate Access Levels will need to perform the task. 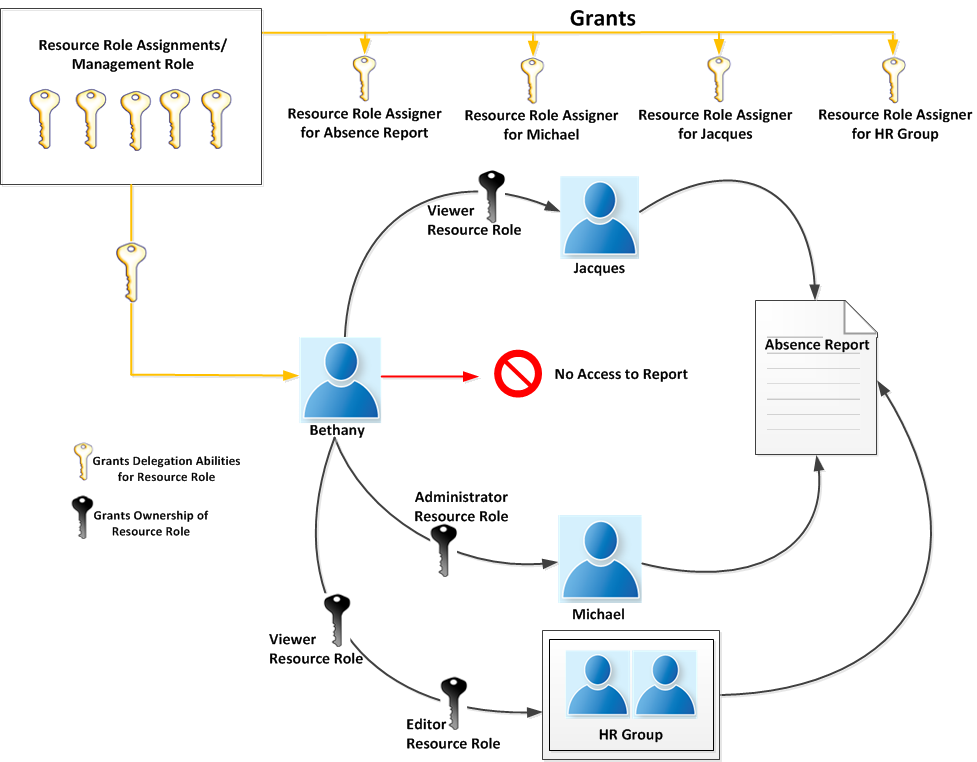